We are here to help!

Drop by 218 Eshleman anytime with questions, to learn more about out what we do, or to discuss how to find your path to public service.

Students, faculty, staff, community partners, and friends of the Center are invited to contact any of us directly to set up a meeting. 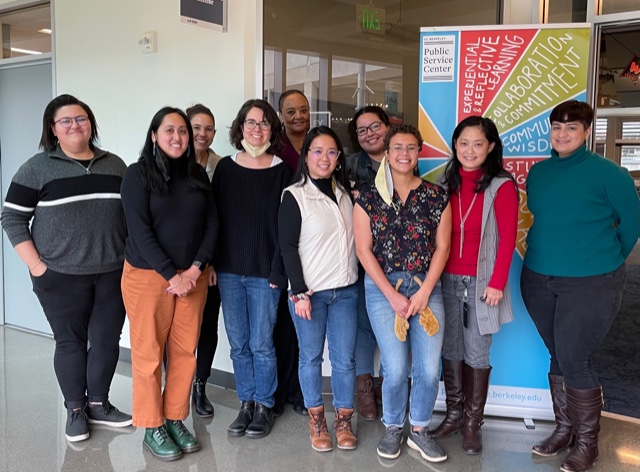 Dr. Sandra Bass currently serves as Executive Director & Associate Dean of the Public Service Center at UC Berkeley. Upon receiving her doctorate in political science, Dr. Bass was appointed as an assistant professor of Criminology and Political Science at the University of Maryland, College Park, where she integrated service learning into both her undergraduate and graduate courses. In 2002 Sandra joined the David and Lucile Packard Foundation, and in 2010 she was selected to lead the Foundation’s girl’s education, women’s leadership, and reproductive health program in Sub-Saharan Africa, and later was appointed the executive director of Teach With Africa, an organization focused on cross cultural learning for K-12 teachers in the US and South Africa. Sandra has published numerous articles and essays in academic journals and on various platforms, and has co-edited three volumes. She currently serves on the regional board of Multiplying Good (formerly known as the Jefferson Awards Foundation), the UC Berkeley Chancellor’s Community Partnership Fund, the Osher Center for Lifelong Learning Diversity and Equity Advisory Board, and Co-Chairs the Vice Chancellor of Student Affairs Civic Engagement Advisory Board. She has also served as a “Wise Head” reviewer for the MacArthur Foundation 100 and change competition, on the steering committee of the African Grantmakers Affinity Group, and is the former Board Chair of the Ella Baker Center for Human Rights in Oakland, among other appointments. She is also a nonviolence trainer and educator. Sandra holds a BA from San Jose State University, and an MA and PhD from UC Berkeley, all in political science.

Carrie supports the education partnerships staff at the PSC as well as center-wide operations. Carrie also advises CREATE, the arts-in-education service program, and Bridging Berkeley, a middle-school math mentoring program. Before joining the Center in 2005, Carrie was the youth director at CIRCLE, a national research organization focused on youth civic engagement and political participation.

Gloria manages PSC budgeting and finance. She has a MBA in Finance from Golden Gate University and, prior to joining the PSC, worked in accounting. Before that, she worked at a Opportunity Junction, a nonprofit job training/career prep organization, where she managed bookkeeping and operations. Public service is a big part of her life. She volunteers with the American Cancer Society, Meals On Wheels, a teacher at Contra Costa Chinese School, and has also served as a financial literacy trainer for middle & high school students.

Cassy Huang (she/her) has over 10 years of experience coaching students to envision and build a more just and inclusive future for themselves and their communities. Currently, her PSC portfolio includes Alternative Breaks, Residential Initiative, and Lingnan W.T. Chan Fellowship. Prior to joining the PSC in 2017, Cassy worked in schools and nonprofit organizations with the goal of increasing access and persistence in higher education for traditionally underrepresented, low-income, first-generation college students. Outside of the PSC, she volunteers as a domestic violence advocate for W.O.M.A.N. Inc., and is also involved with Destination College Alumni Association, which provides networking, professional development and graduate scholarships for first generation professionals. Cassy holds a B.A. from UC Berkeley in Psychology and a minor in Education and Ed.M. from Harvard Graduate School of Education with a focus on Prevention Science and Practice.

Aileen Pagdanganan (she/her) is a community and youth advocate whose work is rooted in Ethnic Studies (emphasis on Asian American History & Filipino/a American Experiences), social justice, and college access. Prior to the PSC, she has worked in collaboration with SFUSD and various nonprofit organizations in San Francisco for over a decade supporting high school & college students with their pursuit of higher education and transformative social change. Aileen holds a B.A. in Media Studies, and a double minor in Journalism & Philippine Studies from University of San Francisco.

Emily Adsit (she/her) is the Program Manager for Public Service Internships in the UC Berkeley Public Service Center. She is an advocate for social and political change through community engaged work, and brings experience in local, state, and federal government, professional performing arts, and multidisciplinary programming. Prior to the PSC, Emily worked for the United States Senate and served as a liaison between constituents and the federal government. Emily holds a B.A. in Performing Arts and Social Justice from the University of San Francisco.

Óscar (he/his) is a recent graduate from UC Berkeley where he obtained a B.A. in Ethnic Studies and received a double minor in Education and Chicanx Studies. Óscar was born and raised in South Hayward, California here in the BAY AREA (add hype voice here). Growing up as a low-income, queer, first generation, Latinx son of immigrant parents, Óscar had realized the difference in human experience these identities can have. Holding an intersectional experience similar to those of his community, inspired him to critically think of the patterns, power structures and privileges within the society around him. As an undergraduate at Cal, this awareness sparked his community-centered social justice lens. He applied this lens while working with student-led and campus organizations that address and center the needs of minority students, especially the crossroads of educational access and retention and low-income, first gen, Black/Latinx/Indigenous people(students). Óscar worked closely with the Educational Opportunity Program (EOP) and the Raíces Recruitment and Retention Center, one of the largest RRCs on the campus, addressing the educational opportunity gap first hand. This community centered work showed him his transformational power that each and every one of us holds. Now, he hopes to continue his growth as well as guide others to facilitate their growth based on the life experiences they have as a multifaceted being. He hopes to continue addressing these educational disparities in his work with Shinnyo-en Foundation as the newest fellow.

Vanessa is the BUILD Equity Fellow who supports the BUILD Cohort, and she served 4 years in her undergrad with the program before acquiring her current position. Prior to joining the PSC Staff, Vanessa graduated in Summer 2022 in Legal Studies and is currently pursuing a pre-law route during the time she is working with us. Vanessa hopes to acquire a law position that allows her to do pro-bono work in her free time.

Rosa Enriquez (she/her) is an Interim Program Manager for the Alternative Breaks and Residential Service Initiative programs. Her work centers on critical service learning, cultural humility, advocacy, access, and holistic wellness. Rosa first joined the PSC as a first-generation undergrad transfer student in 2018. She co-founded the Puerto Rico Alternative Breaks trip and served as the Graduate Student Facilitator before taking on the role of program manager Fall of 2022. Outside of the PSC, Rosa is a disability activist dedicated to interrupting ableism on UC campuses. Rosa holds a B.A. in Social Welfare and a Master of Social Welfare from UC Berkeley with a focus in disability, immigration, and community-based learning. 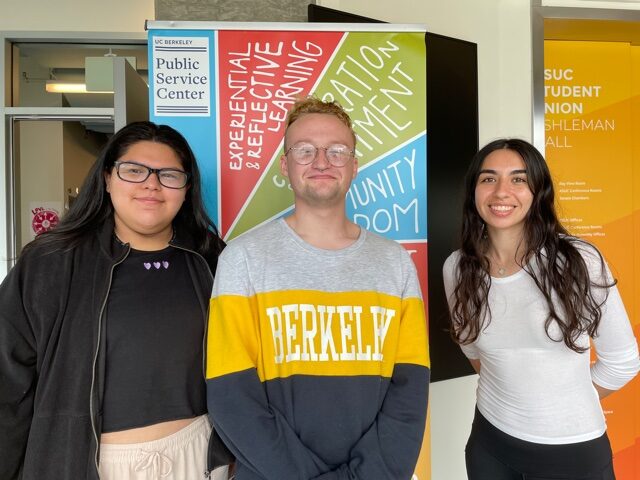