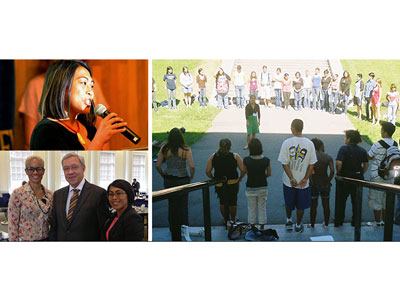 If there’s an expert on UC Berkeley’s Public Service Center, it’s Minh Dang. Minh came to the Center as a student leader in 2004 and has been a critical part of the community ever since. She served as a professional staff member for six years, and is now a Center advisor and frequent guest speaker. 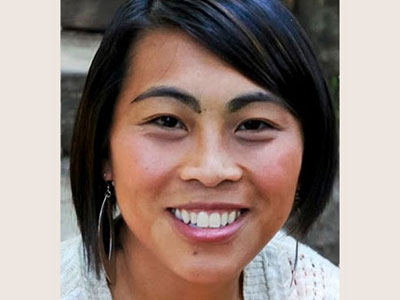 Minh encountered the Public Service Center through her work as a student leader with REACH!, the Asian Pacific Islander Recruitment & Retention Center. After graduating, she joined the Center staff as the Operations Coordinator, and eventually transitioned to direct the Bonner Leaders program. The list of skills Minh learned as a student leader is long: “I learned project management, event planning, volunteer management and volunteer retention, and coalition building. I learned how to budget, and as a student, managed a budget of $60,000 and worked with funders.” She continues to use this diverse skill set today in her work as an independent consultant helping nonprofits and government agencies end human trafficking.

Minh’s service experience was not just about skills-building. As she explains, “My service pathway with the Public Service Center helped me get clear on who I am and my identity in the world. A lot of it was coming to understand that change happens in so many different ways. I needed to clarify my purpose and decide how I was going to make change.”

Judging by her flurry of current projects, Minh has found her way. She’s helped launch the U.S. Senate Caucus to End Human Trafficking and served as the Executive Director of Don’t Sell Bodies, an anti-human trafficking initiative. She recently completed a Masters in Social Welfare and has been named a White House Champion of Change in recognition of her work to end human trafficking. As she explains, “One of the things I learned through the PSC is that your social justice work can be both a career and a purpose. It doesn’t have to be just something you do on the side.”