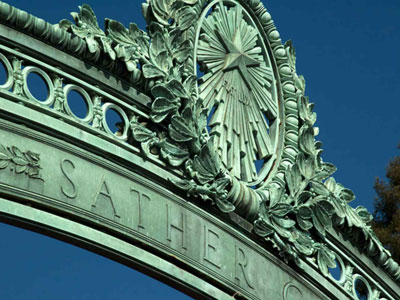 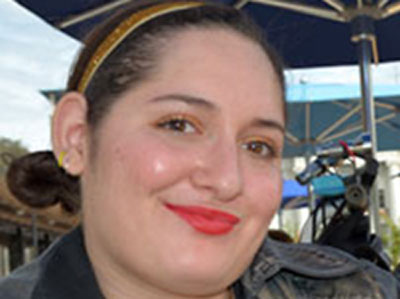 Sarah Funes was drawn to Berkeley in part by the work of the Public Service Center. Funes serves as the Center’s inaugural “Vote Everywhere Ambassador” through the Andrew Goodman Foundation and seeks to answer her “million-dollar question”: how to get underrepresented minorities engaged in the electoral process. It’s a role that has brought her full circle, she says, to the struggle that inspired her early on. The foundation’s namesake is another of those who was murdered for his commitment to voting rights. Which is why, though she’s still getting her bearings at Berkeley, the transfer student was hell-bent all fall on registering new voters and getting them to turn up at the polls this past November.

While a student at South San Francisco High School, Funes raised funds to join a 10-day tour of the South, where students learned about civil rights martyrs and heroes. The group visited sites where movement leaders were murdered, and met many of their family members, along with veterans of the struggle like Rev. Fred Shuttlesworth and Rep. John Lewis. “I shook his hand and said ‘I want to do what you do,’” she says of the Georgia congressman. “He said ‘You can.’” That was “the best money I ever spent,” she says. “My life was guided because of that trip.” To date, Funes has been a poll worker in four elections, out of 50 she’s set as a life goal. She hopes to be a part of the Public Service Center’s Cal in the Capital internship program and to spend two years in the Peace Corps after graduation. After her Peace Corps term, she is considering going to law school, with her eyes set on a job with the Department of Justice Equal Employment Opportunity Program. “These are my dreams. I’m going to make them happen my way,” Funes says.