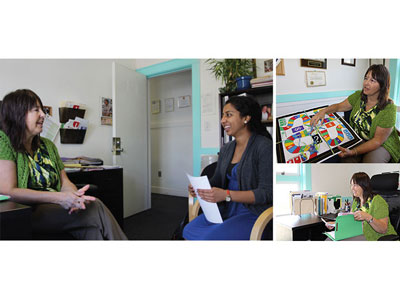 As a budding community activist, Terrie Light began serving meals to homeless people living in Oakland’s Jefferson Park. More than 25 years later, what began as a part-time volunteer project has blossomed into a lifelong commitment. Terrie says her belief in the people she serves is the foundation of her work: “You have to have the sense that people can transform their lives radically,” she says. 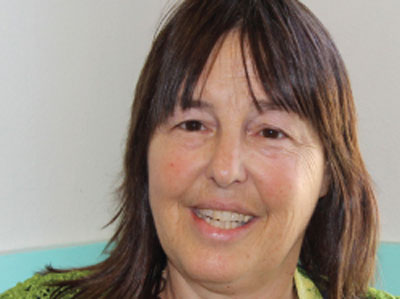 As Executive Director of the Berkeley Food and Housing Project (BFHP), Terrie oversees a network of services, including transitional and permanent housing developments, men’s and women’s shelters, community meal programs, and mail, internet and phone services. She supervises volunteers, like Tara Thwin-Palojor, a Public Service Center student, and staff like alum Sonia Sajja. Terrie explains that BFHP’s holistic approach makes it unique: “We don’t just give people a meal to eat. We’re nourishing more than just the body.” Over the past several years, BFHP’s efforts have earned awards from the San Francisco 49ers, Wells Fargo, the Berkeley Community Fund and the League of Women Voters, among others.

Terrie credits the Public Service Center with helping BFHP strengthen its connection to UC Berkeley students. Bonner Leaders interning in her office have helped recruit volunteers and organize programming. The connection has allowed Cal students to root their understanding of homelessness in the lived experiences of real people. “By making those relationships, people see that we’re all human beings,” Terrie says. “We’re all the same.”